Why I live in Antwerp

This blogpost belongs to Why I live in Antwerp, the new musical solo project of Isle of the Sky 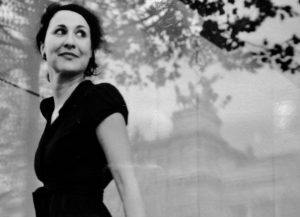 Normally, if everything would have gone according to plan, the first of December 2020, would have been the start of Why I live in Antwerp, the new art project of my musically alter ego Isle of the Sky which is being rewarded with a grant from the city of Antwerp.

Of course, it is difficult to say now where and when I would have performed when all the time communication with the people in the business is disrupted by external measures. But, as usual, I decided to make the best of it. In this case, that means that I let the project go ahead, albeit in a different way than planned. Why? Because spiritually speaking, this month December 2020 is a very special month. With several tidal waves of encoded Light that are now rapidly flooding our planet and our consciousness.

Why I live in Antwerp was/is created to act as a kind of translation-link between those tidal waves and humanity on this planet. That is why I am launching this blog today, on the 2nd of December 2020.

On the 30th of November at exactly 22:22, while the full moon above Antwerp was hiding behind a blanket of mist, I launched a first little pre-taste – a full moon pre-taste is what I called it – of the soundtrack I made. You can watch it here on my YouTube-channel.

So let’s go back to the start and the reasons which led to the creation of this project in the first place.

We all remember the month of March 2020. All of a sudden the world so to speak stopped turning and we saw ourselves locked in the sanctuary of our homes before we even realized what was happening. I sort of welcomed this feeling because somewhere I had already felt it coming. The past few years have been like a runaway horse that is irrevocably running and cannot possibly be stopped. Unless we change something drastically. For me, therefore, this period came like a relief. Finally the horse came to a standstill. Finally humanity on this planet could take the time to come back to real and profound insight and turn to their common sense. Because, let us be honest, this virus is like a link in a long chain of causes that have all led to where we are today. And where we are today is not where we really want to be. At least: I have a very different view of what this planet could look like. And that image has nothing to do with fear and panic and figures being manipulated as it suits some. There is still a lot of work to be done. And one of the things I personally felt like doing was to present a counterweight.

In the same way that the virus acted, that is how I would proceed. A project that would combine some of my skills, and that would turn up unexpectedly and expectantly. First in Antwerp, then outside of Antwerp, creating ever-increasing concentric circles in the overall energy field that surrounds us and affects us.

A project that would try to communicate with a world in crisis, offering a catharsis. After all, in the darkness of the past epoch, a seed has matured that in the middle of 2020 answered the final preliminary call of the Light.

Let it be known: that which started to take root on this dimension is nothing more or less than a new Golden Age. And it is us, we, who have now the responsibility to stand united and act as her midwives and -men.

In concrete terms, this meant for me that this project would help me anchor my consciousness so that it could reach out to, and connect with others. By the way: I don’t find this easy to do but I do feel it is part of my mission.

One of the first mid-wives I reached out to and connected with via mail, is Judith Küsel. I read her book Why I was born in Africa during the exact period I answered the final preliminary call of the Light. Judith lives in South-Africa. Coincidentally my travel destination was in the exact period in which I read her book. Because of the worldwide situation, I had to cancel this trip. In spirit however, I did go, and in doing so, I helped bringing forth the Ancient Cosmic knowledge: that what is sacred, needs defending.

So now you know where the title Why I live in Antwerp comes from.

In the next blog I will tell you all about my first live performance yesterday evening on the 1st of December… a try-out with no audience.