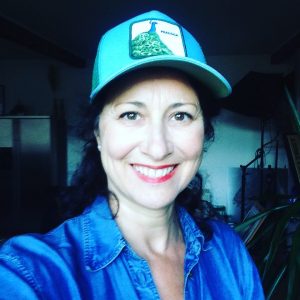 Hi! My name is Ilse Wanten. I was born in Hasselt (1973) and live in Antwerp (Belgium) with my lover/partner Thomas Ceulemans.

Besides a published author, performer, singer/songwriter, and filmmaker, I’m also a member of the Galactic Federation of United Worlds and a co-founder and activator of the Crystalline Unified Energy Network.

At an early age I renewed my bond with the inhabitants of the Higher Light Worlds. Later I also learned to live with visions. These vivid memories of past lives span in their entirety, a very long period of time. They relate to this physical terrestrial dimension but also transcend it, for example when I resided on non-terrestrial dimensions: other planets. Needless to say my extraterrestrial origins, personal cosmic experiences, visions, and insights thoroughly rewrite mainstream history! Not only do they offer an inspiring and exciting perspective on our Multi-Versum, they also invite you to join and participate yourself.

I am very happy to say today that I am a lightbeing with a multidimensional consciousness. I have come here, to this planet, to help people remember who they really are. I have chosen to be present on Earth in a physical body in this turbulent End/Revelation time. As a child, I was already strongly aware of worlds that others could not perceive and I had experiences with my companions, other Selves and guides from various Star People. My ‘special gift’ though, was suppressed for a long time because I had nowhere to turn to at the time. Thanks to my radical choice for an artistic life (actress, dancer, singer) it started developing again and gained momentum in 2005 when I took up writing. Today, in the year 2022 and two books on, a whole compilation of articles, blogs and songs, I still combine the playful with a contemplative and (self)investigative attitude. My message has never been more clear.

This Life is of exceptional beauty. The loving cooperation between Heaven and Earth creates a perpetual cycle in which death is nothing but a transformation. Currently, the Earth is in the process of ascending. This means that humanity is being offered the possibility of entering the next dimension. Therefor, the difficult processes that we are currently going through, both collectively and individually, function as a kind of (extra-)terrestrial exam. A bright, hopeful future is within everyone’s reach when we no longer allow ourselves to be fooled by all kinds of fear and doom scenarios that are continuously presented to us. When we (learn to) stand in our own sovereign strength again and heal our wounds and traumas, we (learn to) reconnect lovingly with all parts of our Higher Self that have had their own experiences in other places, in other parts of the Cosmos.

More about my Earthly journey

I finished my studies at the Humaniora Kindsheid Jesu Hasselt (Greek-Latin/Mathematics-Modern Languages & Informatics), checked out the Royal Academy of Fine Arts/Ghent (Film-Photography) and experienced an intense period under the wings of Jan Decleir at the Studio H. Teirlinck/Antwerp (Drama).

Starting out as a professional actress, dancer, performance-artist and model, I later began creating my own performances which led me to writing and singing. As an actress I toured the world with the Flemish theatre-company Blauw Vier/Laika (Pinokkio; Een dame in de kast; Peep&Eat). As a mannequin/(showroom)model I worked in Paris and Milan for Martin Margiela, Dries van Noten, ect. I participated in several fashion-performances for Ann Huybens (+ the book ‘Coeurs Crus’) and from ’97 to 2002, I was the AF Vandevorst house-model, who won the ‘Venus de la Mode’ in ’99. As a dancer/performance-artist I joined forces with Tom Tosseyn (Isda?), Hazim Kamaledin (Gamma van Stilte), Romeo Castelucci (Inferno), Toon van Ishoven (Doors; Top-Play; de Keering), Niek Kortekaas (De man in de boot) and many more.

I presented the Festival van de Beweeging 4 (curated by dancer/choreographer Marc Vanrunxt), danced at Pinkpop and in the music-video ‘Disco!’ from Stef K. Carlens/Zita Swoon and was a founding member of both the performance-groups Luna Baal (with Jo-An Lauwaert) and Het Achtervolk (with Andy Wauman). I worked with director Greet Vissers/Het Paleis (De drie badhuisjes), gave feedback when the Belgian dancer/choreographer Lisbeth Gruwez (Voetvolk) was creating her ‘Birth of Prey’, and lend my vocal capacities to the Belgian band Boenox/Dimitri Brusselmans when they recorded their album ‘Styl-O-Phone’. The single ‘Stylophone’ was picked up by Radio 1 and Klara (Belgium).

‘Wilde Wilde Wereld’ with Fleur Boonman (Melkweg/Paradiso-Amsterdam) and ‘Geheimnis’ with desnodev*rmgevers (DeFabriek-Eindhoven) were steps in creating even more personal work in which I was led by a kind of primal feeling. The turning point came in 2005, with my selection for the ‘Jonge Honden Festival’ (‘s Hertogenbosch-The Netherlands). My solo-performance was about an eternally living dancer who had descended from the heavens… The intensive writing- and research-process that followed lasted seven years. From Barbara Marciniak to Carl G. Jung; from H.P. Blavatsky to Pim Van Lommel and Lynne McTaggart; from Rupert Sheldrake to the collected works of Plato/Sokrates: I devoured just about every book I came across.

While I began working part-time at Jutka&Riska Antwerp, and in addition participated as a performer in productions of the Flemish Opera (Ivo van Hove, Waut Koeken, Christoph Waltz, Robert Carsen, Stef Lernous, ect.), I published my first book Ziel in Zicht! in 2012 which was accompanied by the launch of my first website. I then decided the next step was the translation of the content of this book into music. This is where the story of Isle of the Sky begins.

In 2019, seven years after ‘Ziel in Zicht!’, my second book Lieve Hemel was launched. This took place in the high-frequency art gallery of Annette De Keyser/Antwerp where it was introduced by Peter Toonen, who also wrote the text on the book’s back cover.

In the summer of 2020, my partner, director/cameraman Thomas Ceulemans and I started our first joint filmproject: a full-length documentary (a coming of age) with the provisional title ‘Back to Paradise’ in which we follow a special little girl. Her name is Amy (Angel). You can follow our adventures through the blog on this website and our Facebookpage + Instagram-account.

Nowadays articles from my left hand appear on a regular basis in Bloom magazine and Spiegelbeeld (NL). The spiritual house La Verna/Ghent also offered me a permanent column in their 3-monthly magazine. You can find a small selection of my published articles here.

In the summer of 2022, Aryana and her exceptional father, Portuguese artist Fernando Lobo, showed up on my path. The beginning of the hard-cover artbook Origins and another exciting adventure! (To be continued!)