Why I live in Antwerp – upcoming CD-release! 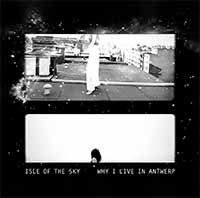 Next week, on 27 April 2021 when the moon is full again, the first CD of Isle of the Sky will be released! Why I live in Antwerp is a conceptual art project in which I tried to translate my personal feelings and experiences during the first 10 months of 2020. The result is a collage of everyday noises, meditative sounds, dashes of music and the occasional real song. You could compare it to the soundtrack of an imaginary film which takes you on an adventurous, and at times supernatural, journey.

The launch of the CD is accompanied by the release of Mystery Land, the official single and videoclip for which I once again engaged Tim Michielsen.  (See also Keep on + Animal Perfume.)

But, to start with, and to give you a little preview, I’m releasing another clip tomorrow on April 22th, 2021 – Earthday. True Love was not accidentally recorded on 8 March, International Women’s Day, in the St. Joris Church in Antwerp. After all, the Catholic Church has been known for centuries as a male bastion and despite recent revelations, Mary Magdalene – the wife of Jesus and an Initiate! – is still not officially recognised as such.

P.S To this day, it is not certain whether the planned (and so many times delayed) Why I live in Antwerp-tour will be able to take place in May… Fingers crossed!