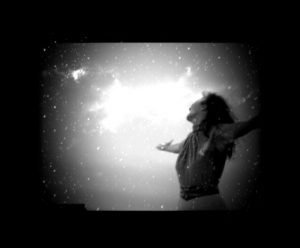 We are Monday today, December 14th 2020. A few days ago I presented my performance ritual Why I live in Antwerp for the second time. Again, there was (almost) no physical audience. The impact that followed the next day was intense and felt like the last big clean-up of this year. The announced solar eclipse, that was visible this afternoon in Chile and Argentina, has now accompanied the new moon in Sagittarius. It gives the impetus to bring out even more truth.

One more week to go… What awaits us?

Those of you who have already read my books will remember that my mission on this planet Earth has everything to do with the implementation of a Plan. A Plan so old that most people have never heard of it. And even those who have heard of a Greater Plan and are sincerely seeking its Truth will encounter many obstacles before discovering the Path to it. In short: the Plan has already come a long way.

Long, long ago it was the standard, the norm. Everyone knew about it and understood and was aware of how things worked out. As a result, the lives of many literally ‘took off’ and the Earth shone and its name was known throughout the Multi-Verse. These were glorious, golden times. As befits a Paradise. After eons and eons of harmony and peace, dark forces came upon us. The Plan was forced to go underground. That created even more tension and darkness. Duality now became the norm. Light and darkness came to oppose each other and were played off against one another. The Plan was adapted. Not once, but several times. Until the time came when the Plan still only looked like a fairy tale. A bedtime story. Someday everything would be all right. Someday…

I can’t say I waited. Although I have been ‘anchored’ here for a long time as a beacon, a Guardian. Compare it to a monk who connects himself with both Earth and Heaven for days, weeks, months, years. Body and mind merge into one another and dissolve into a higher fire. You go over to a higher state of consciousness that is timeless. Whether 100 years or 5 minutes go by, you wouldn’t be able to say it. And it doesn’t matter. The only thing that still counts, what remains, is: being. You are. That is all. You ARE.

No, I can’t say I waited. That I was looking for something. Because I knew it was already there.

There are many of us. Innumerable many. And we’re all connected. The crystalline threads that exist between us resemble a kind of web. It is the natural internet or original world wide web. The Crystalline Grid that consists of pure Consciousness. When something happens somewhere in the web, certain vibrations make everyone immediately aware of it. When nothing meaningful happens for a long time, you only ARE. Bliss is the word I would like to use for this.

Years ago certain vibrations started to appear. Waves of information flooded me in gusts. Humanity on this planet gradually reached a certain level of knowledge. As if they slowly awoke from a period of sleep. What at first were vague rumours, gradually swelled into a wave of certainty. I, too, awoke to a new awareness of time and space… no matter how relative.

It is not for nothing that I/we are here now. What we can learn here and now on this beautiful Earth, is that we can inhabit a physical 3-dimensional body, while at the same time living in the subtle world. So it is not ‘or’ but ‘and’. We are all multi-dimensional light beings – gods in the making – living in both the physical and the non-physical world. And as if that were not enough, we have been given the choice to decide for ourselves how we want to go about it. The choice offered to us is simple: either we start from the (lower) separation consciousness, or we start from the (higher) unity consciousness.

It goes without saying that in the past our society was guided by the (lower) separation consciousness. Otherwise something like hunger and injustice would have been eradicated a long time ago. That our society today is being challenged by the (higher) unity consciousness, that is something that is gradually becoming more and more tangible and visible. All over the world people are joining forces and shouting out loud – or silent – ‘enough!

The time of suffering is over. The wind of change, imminent. The page of the Book of Life will be turned around.

One more week… The last bits always weigh the heaviest…

P.S Nowadays, I find myself becoming very impatient. That I want things to move forward. That I almost burst out of my skin. I remind myself to calm down and do exactly what my heart and soul tell me to do. After all, that is what gives me the most joy in life.