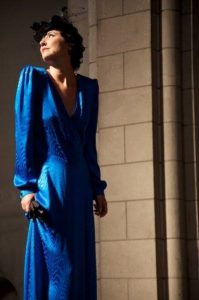 Today is the 8th of February. We are 3 days away from the new moon on 11 February, while we are still reeling from Maria Lichtmis / Celtic Imbolc on 1 and 2 February (my birthday!). Normally I would have performed my ‘Why I live in Antwerp’-performance ritual again today in the church around the corner. This time, however, it was the snow and the freezing cold that prevented it.

It is never pleasant and certainly not easy to have to make such decisions. However, you always have a team of people to reckon with. Moreover, last night it suddenly dawned on me that I, too, had been deliberately led in a different direction. Instead of a performance that was to be filmed in an ice-cold church, I am sitting here, now, writing. What I have to say, what insights I have gained in the last few days / weeks, need to be sent out into the world most urgently. However, the message I am about to write is not for everyone.

Of course, I hope that the others to whom these words are addressed will weigh them carefully. After all, it is always best that you do your own research (see my previous post) and never take anything at face value, whoever that person may be.

The message then. First of all, let me start by saying that there are three books involved. Three books that appeared on my path as gifts, as breadcrumbs. You know: ‘Ask and it will be given to you, seek and you will find, knock and it will be opened to you’. (Matthew 7:7)

It is no coincidence that these three books are by three very powerful women. They are: 1) Why I was born in Africa by Judith Küsel; 2) The Age of Surveillance Capitalism : The Fight for a Human Future at the New Frontier of Power by Shoshana Zuboff; and 3) Under an Ionized Sky : from Chemtrails to Space Fence Lockdown by Elana Freeland.

The insights these women gave me, combined with my own insights and older visions, have caused great revelations over the past few weeks. I could (almost) not speak about it, so full was my heart. I could only experience and feel it. Today, instead of carrying it out and anchoring it through ritual, I was led to this writing. It is about the following.

Those who have been in control on this planet for some time are steadily working towards a transhumanist future for humanity on this planet. To this end, a plan has been designed, which is seamless in that its various components seem to be unrelated. Moreover, at first glance, there does not seem to be much harm in all those components. Nothing could be further from the truth, as scientific studies are bought (read: manipulated) in advance and humanity is deliberately kept in ignorance.

At the end of my second book Dear Heaven, I already warned about all kinds of dangers that were lurking in front of us from the Swiss CERN where they (read: the Nazi Deep State) have been exploring the boundaries of dimensions for years – more specifically, the ultimate boundary between matter and anti-matter. This danger is well-founded. What once happened during the End Times of Atlantis is about to happen again on a large scale. I am talking about the influx of beings, ‘entities’, from other dimensions that need a body on this dimension in order to survive. Do you understand what I am getting at? What is about to happen when people are not aware of this and allow themselves to be ‘converted’ into mindless ‘cyborgs’?

The zombie-like state has already set in right now with millions of people chained to their TV, mobile or computer. If you look at the bloodstreams in our bodies, you will already find substances there that are no longer of natural but artificial origin (I am thinking of so-called ‘additives’ such as ‘preservatives’ that, in the long run, have a disturbing effect on our immunity and cause all kinds of diseases). Also in the world around us there are more and more artificial elements (such as a huge amount of radiation and other artificial substances). The old adage ‘As above, so below…’ gets a very sour tone this way.

No, this post does not want to scare you, but it does want to be an eye-opener again. Phrases like: ‘stand in your power’; ‘take your own responsibility’; ‘learn to think independently and critically’; ‘raise your vibration’; ‘get informed’ and so on, all have to do with your human birthright and your sovereignty as a human being! It is your future that is at stake and make no mistake or let yourself be guided in the true sense of the word: that game is a game without limits but in a LOVE-filled environment!

This last piece is for the ‘advanced’: the electro-magnetic ring that is gradually being built around our planet Earth, looks a lot like the (artificial) ring of the planet Saturn. This is no coincidence. The intention is to link both planets to create a portal. And yes, for many this may look like ‘the liberation from the Matrix’, while nothing could be further from the truth… Believe me – or better: don’t believe me! – I know what I am talking about. I have already seen the possibility of this timeline and experienced it myself in a short but very intense vision of the future. It was not pleasant and was accompanied by souls falling ‘forever’ into a ‘bottomless pit’… and they kept falling… I could write much more about it but, as you may have gathered, that will all be for a next, third book. When I will fully devote myself to that, is not yet known. For the time being, I am once again conducting a self-research and am still following my trail of breadcrumbs… and doing what my soul tells me to do. I sincerely hope the same from you and wish you all lots of courage and strength!

P.S. I got up this morning (Tuesday 9 Feb.) and felt that for the sake of clarity this piece needed to be added.

When I look into the future, I see very clearly that the Light will win and in fact has already won. That is certain. The way in which we are going to do this together, is still undecided. In my opinion, it is very important that people face the reality, although of course nobody can be forced. Everyone has his/her own pace of waking up. The point is to take your own time and rub the sleep out of your eyes step by step.

Remember that if everyone knew what was going on behind the scenes, many people would not be able to cope and would panic. The chaos that would ensue would be unimaginable and could cause huge amounts of damage. That is why it is best not to find out everything at once, but to do your own research at your own pace. That is, if you feel called to seek/find answers to certain questions, then answer that voice and be brave. As you will see, you are not alone!