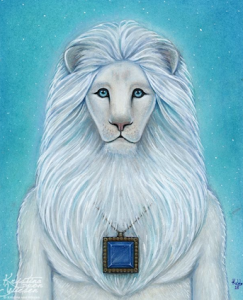 Today, 28 January 2021, the first Full Moon of this new year appears and immediately it is in the sign of Leo. A direct connection and preparation for the Lion Gate of 8 August 2021. By the way, the new moon was also in the sign of Leo. All well and good I hear you say, but why is this so important and what is the connection with this project?

Bearing in mind the Great Conjunction of 21 December 2021, we may now say that we have entered the new Aquarian Age. This means that everything, absolutely everything, is about to undergo great changes. Things that we (still) consider ‘normal’ or ‘quite normal’ will soon no longer be so. And things that we now label as totally impossible, unrealistic or magical will gradually become the norm. In short, the world as we know it will be turned upside down. For the sake of completeness, however, it is better to speak of a return to how it actually was, and was intended to be before certain forces interfered and took over. With all the consequences this entailed.

No, the confusion and chaos that surround us today are not here and now by chance. Both are players in a game that is being played with great sophistication. On the one hand, there are those who want to leave the old as it is. That means power and money for them and us, the people, who have to pay for it. These puppeteers prey on those who know no evil, which is why Plato called them prisoners. They are asleep. Not knowing that they are sleeping.

On the other hand, you have those who envisage a new world. A healthy world with healthy air, food and water. One where equality is the norm. Where everything is well distributed and there is no poverty, injustice or war. A true paradise on Earth. Plato called those who adhere to this vision those who had escaped from the cave. I can add from my own experience that there are degrees of escape. At first, you may become angry and annoyed, because the light outside the cave can blind you to such an extent that not only you but also your fellow human beings suffer. Your eyes need time to get used to it. You need time to get used to the new reality. And the people around you need time to get used to you. When that finally happens, some other ‘problems’ await you. After all, when you want to wake up the others who are still asleep, they generally show no interest at all. On the contrary. You will be jeered at, laughed at, insulted. It can also get completely out of hand. So much so that they hurt you. Some have even been or are being killed for it. Yes, life as an escapee from the cave can be very disappointing. That is: if you keep looking down at the inside of the cave.

The trick is to realise that there is a time for everything. So you will have to learn to dose your own time. That means that you will learn to live independently outside the cave. That can be quite lonely in the beginning. But, in a manner of speaking, dying is also a lonely business. Besides, ‘lonely’ is a concept that is rooted in the old world, when you still lived in the cave. For when you learn to stand on your own two feet – and not someone else’s! – it soon becomes apparent that you are not alone at all. Everything in this life is connected. This is not only a physical or philosophical fact, but it can also be felt. This is because you are returning to your original state of being whereby your heart opens up like a flower and your consciousness expands to become cosmic again. After all, the magnetic field within which we exist – the Earth – extends much further.

In the new world – the new Earth – concepts like multidimensionality, interdimensional travel, time-line jumping, telepathy, instantaneous manifestation power and so on are the order of the day. And before I forget: the new world also harbours a great number of loving Lightbeings who would like nothing more than to live together in harmony with us again.

Once upon a time, long ago, when the animals still talked to humans, and the nature beings and elves were not yet banished, humans lived in peace and harmony with everything that the nature, water and crystalline pyramid worlds stood for. The life veins of our beautiful planet provided energy paths (meridians/ley lines) that benefited everything and everyone.

Why would that not be possible now? Because some of us do not believe in this (any more)? Because they are asleep and think they are dreaming? Or because some of us really don’t want it because they know by now what is possible… You know, it doesn’t really matter what others want. What matters is that you know what you want. That you go inside and learn to listen to what your own soul – your higher Self – has to tell you. What do you bet that we end up sharing the same magical dream? Deep down, everyone wants only one thing and that is simply to be happy.

I admit, at present, the road to happiness is strewn with obstacles. It seems like you have to have a lot of money. As if you have to work very hard. Walk over corpses. Nothing is further from the truth. It is a cliché, but like all clichés… ‘There is no way to happiness; happiness is the way’.

Whatever the future will soon look like for you: it comes down to the fact that you gradually leave behind your victim role and start standing fully in your own power. Like a Lion or Lioness, you must tap into your primal strength and not be afraid of certain consequences. At a certain moment it is of the utmost importance that you take a stand and make your own choice. Who are you? What are you doing here? Where have you come from? Where do you want to go? These are the questions that deserve the highest priority now. Great things await us and we all – every one of us – have a significant role to play in them. What weight do you bring to the table? Which way will it go for all of us?

I know who I am. I know why I am here. I know where I have come from. I also know where I want to go, what I choose. Therefore, another ritual at full moon. Because then the veils that are already so thin at the moment become even thinner and everything and everyone is even more sensitive to what is happening in the magnetic, all-connecting human field. What I do exactly has to do with taking time for some things that would otherwise get lost in the turmoil of the superficial world.

I take the time to stand still, to breathe. Time to go deep. To feel. Time to come home to myself completely, to the Source. Time for contact. Contact that has always been there, but now in particular. Time for de-meeting. Reunion. Relief. Discharge. Time to give thanks. Time to empty myself completely and let the eternal burning Light flow through me. Time to break the silence with truthful words that strengthen my deepest wishes and intentions. Time to express things that were troubling my heart or my mind. Time to ask for help and healing. Time to cure and time for celebration. Relief. Ecstasy.

Let me emphasise this once more: I do this because at full moon, everything and everyone is a little more sensitive. So when your good intentions enter the magnetic all-connecting human field, you can be sure that they will set things in motion there, which will then trickle down to the physical human world.

Is this some kind of manipulation? (I get that question sometimes.) No. It has nothing to do with manipulation because I start from my own locus of consciousness (see Dear Heaven p.43). What I am doing is allowing my own radiation to manifest. In fact, that radiation is always there. But it becomes a lot more intense when you also learn to see it consciously. Do you remember: the eyes that have to get used to the Light, ‘outside the cave’? That Light is of course within you. You are that Light. Outside the cave, on a higher dimension, you are a radiant Light Being. Inside the cave, on Earth, on a lower dimension, you are a radiant Light Being that has taken on a physical body in order to have this human experience. That this body can seem like a kind of prison, brings us back to the prisoners of Plato’s cave.

So don’t be thrown off balance. Contrary to what the Catholic Church has told us for centuries, you don’t have to go anywhere to experience Heaven. Heaven is within you and you are in Heaven. The more people learn to understand this, the faster Heaven on Earth will actually manifest. In case you haven’t understood it yet: this blog-post is an invitation to join me tonight at full moon. After all, WE ARE the New Earth!