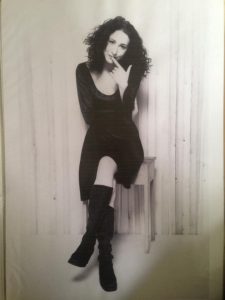 You see, because I haven’t been sitting still this past year, I think it is about time to take a step back and relax. I resolved to rest for the coming time and to focus mainly on my ‘everyday’ activities. I would only start new, bigger projects in the autumn. In addition, Thomas and I are about to move: the lease on our apartment has been terminated. Time for a big cleaning… and a new beginning!

Hardly had I expressed my intention, or I felt that, with the peace I allowed, a very different kind of energy was trying to overpower me…. The energy I felt was not coming from Source and it was most certainly not mine. How did I know that for sure? Well, I’ve learned to guard my energy management very carefully.

No, this heavy energy, which tried to wrap me like a blanket, was clearly man-made and brought into being with certain intentions. It wanted me to become of the world and not just stand in it as my radiant, luminous and positive self. In other words, those days between June 21 and June 24, there was some kind of attack on my person. More accurately, I became aware of an attack that had been going on for some time and that is attacking not only mine but the core of everyone’s being.

Although I realized what was going on, it turned out to be not so easy to detach myself from it. This had everything to do with my intended intention. After all, I had very clearly said (to the Universe) that I was going to ‘let go of everything for a while’…

‘But can I or may I not then relax completely?’ I asked in all Silence. ‘Of course you can’, smiled the answer, ‘but you have to keep watching. It’s not bad if you don’t look out for a moment, but do you see what happens then? Do you see what’s at stake? How much the game has changed?’

Then it dawned on me. This was yet another test; an exercise; a learning process. Shadowwork. As I sat at the window musing and reflecting, it dawned on me that the kind of relaxation I had been seeking was, in fact, equivalent to a period and a memory from years ago. It was as if I had gone completely back in time; as if time had never existed. That which I was reliving was about the end of my secondary school education after my very last exam. I was 18 years old and adult life beckoned. Finally… finally… I would be (almost) free again!

With a shock I land back in this reality. And I realize: I am still that same girl! The circle is complete. Soon the door to the free world – the New Earth! – will swing open again. In not too long, what we now hold for our reality will cease to exist. All people will then spread out in different directions. Some will continue in groups together. Others will have more individual tasks to accomplish. There are those who will consciously enter Paradise. Others will literally be like bewildered, stunned and need time to sort things out and regain their sanity….

In the next timeline, incarnating in a human body will no longer be possible for many. This is because they are transforming into a different form of energy. I am talking about a higher frequency that will no longer be carbon based but crystal based. The human body is simply too compacted, too dense, too material, to be able to keep up at that frequency. To these people I would like to say: enjoy this Earthly experience as much as you can!

There are also people who are increasingly resisting these higher frequencies and in such a low, dense, physical world as we are in at the moment, these people are losing their minds, as it were.

Anyway: that which I see, may ‘witness’ looks like a cosmic crossroads. It is located quite a bit ‘up there’. I see myself ‘flying’. Can be everywhere, as it were, ‘at the same time’. Go in and out of ‘gates’ and ‘portals’. My body is both Earthly and of the Light. Even though I will feel liberated, relieved and redeemed: my compassion and duty will continue to weigh heavily on me at times…. Even though I will be delighted, rejuvenated and full of joy: sadness I will feel and weep for those who in their ignorance will still need another round….

The turnaround, the shift or as Amy puts it, the ‘big BAM’ is on its way and about to hit!

We are in the last days of war.

Victory of the Light!

* You can read exactly what I mean by that “energy” here.

This blog post is part of the documentary project Back to Paradise in which director/cameraman Thomas Ceulemans & Ilse Wanten follow/film a special little girl called Amy.