About Isle Of The Sky 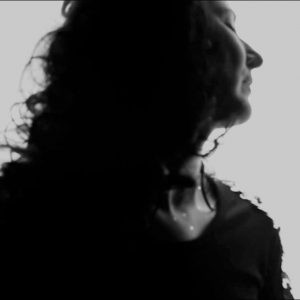 Hi! Welcome to Isle of the Sky, my music project.

I use my voice, loops and samples and afterwards work with a variety of musicians… or not. Whatever I might decide: the result can always be considered a soundtrack to my written work.

I met guitarist Jorg Strecker (Papermouth, InKata, Daan) in 2013. My first single Keep on Keeping on was released in 2014 under the name ‘Isle’ during a private event in Antwerp. My second single Animal Perfume – on which trumpeter John Birdsong collaborated – was released a year later in the same way but at a different location. Both songs were accompanied by music videos that were directed by me and recorded and edited by my friends/artists Tim Michielsen and Kathleen Steegmans.

When multi-instrumentalist Wim de Busser (King Dick, Stef K. Carlens) and bassplayer Michele Morgante (King Dick) became involved, Isle of the Sky became a fact. On the page of the original website of my band you could read the following: Isle of the Sky, pronounced as ‘i love the sky’, has several meanings: 1) looking up at the sky and looking down at the earth are as breathing in and out: you get inspired and you try to inspire others 2) an island/a planet where heavenly people co-exist with nature 3) ever since she was a little girl Ilse has had visions – vivid memories – of her soul traveling the skies before being born here on earth 4) the name of a belgian band founded by Ilse.

In between some memorable performances, I successfully completed my second book Dear Heaven and re-released my first two singles. Keep On and Animal Perfume are now available worldwide for streaming on I-Tunes, Shazam, Spotify, ect.

Here is what Didier Becu from Luminous Dash wrote (in Dutch). In short: ‘It typifies the band that tends to put you on a different leg every time. Create confusion, because is it pop, post-rock, female ethereal pop or just jazz? A question without a conclusive answer, which is probably just the adventurous thing about this Antwerp band. On the other hand, Isle of the Sky can simply be described with the adjective ‘wonderfully beautiful’. (…) Few or no songs have been recorded. That’s a pity, because her minimal approach at times reminds a bit of a Lynchian version of Tristan. So far a bit of a hidden gem, nothing keeps you from digging it up and using it as a talisman.’

After a spiritual acceleration during the summer of 2020 Isle of the Sky received a grant from the City of Antwerp for the solo-project Why I live in Antwerp. ‘It’s a unique conceptual music project that puts this city, and myself as a resident, at the centre of it. And yes, this time I did everything myself.’ (Un)announced concerts were planned for the whole month of December 2020. The circumstances, however, led to a change of course. ‘I decided to create a Why I live in Antwerp blog and will share short pieces of music that will be recorded in a series of closed performances. So make sure you keep an eye on my YouTube-channel. Or, even better, subscribe and get notified!’

The conceptual full album Why I live in Antwerp was released on 27th April 2021, preceded by the clip True Love (Thomas Ceulemans) + the official single/videoclip Mystery Land (Tim Michielsen).

This is an excerpt from the (Dutch) review of Luminous Dash: ‘Why I Live In Antwerp is hard to compare with the songs of Isle Of The Sky from the past, because this is more of an adventurous, experimental trip. (…) The intention is to complete the soundscapes even more live. That’s why this clip doesn’t really give us a complete picture of what Ilse has in mind. In any case, we have listened with fascination to this intense registration from beginning to end. Ilse provides enough variety so that we are constantly amazed by what we are presented with.’

If you want to experience a rather extraordinary musical journey, you can order the cd here. Or I’ll see you at one of my upcoming concerts? Just keep a regular eye on my agenda and/or follow me on my social media!